A Clean Sweep for Landscape Architecture

Excitement and cheers reverberated throughout the San Mateo Event Center at the San Francisco Flower & Garden Show Gala on Tuesday, March 17. Academy of Art University students from the School of Landscape Architecture celebrated a well-deserved total of seven awards, including the Best of Show’s Golden Gate Cup, for the design and installation of their garden, titled Sublimation.

The awards included: the 2015 Garden Creator Gold Medal, the Garden Creator Award, and awards from the American Society of Landscape Architects, the Association of Professional Landscape Designers, the San Francisco Botanical Garden at Strybing Arboretum Society and the Garden Conservancy. In addition to those mentioned above, the Golden Gate Cup Award for the Best of Show was presented to our students during the opening ceremonies. Garden Show Director Daniel Owens stated, “In the 30-year history of the show, no garden creator has ever won this many award categories. It’s a clean sweep!”

The dedicated design team of Eric Arneson, B.F.A. and Nahal Sohbati, M.F.A. began exploring the concept of “sublimation” last August. “Sublimation” is scientifically defined as the transition of a substance directly from solid to gas without passing through the intermediate liquid phase.

In this installation, sublimation is redefined by an emphasis on both the contrasts of and transitions from solid to void, opaque to transparent and hard to soft. Stones, gabions and bold specimen plants are juxtaposed by an ethereal sculpture, epiphytic green walls, flowing grasses and other plants that thrive in the California coastal climate. 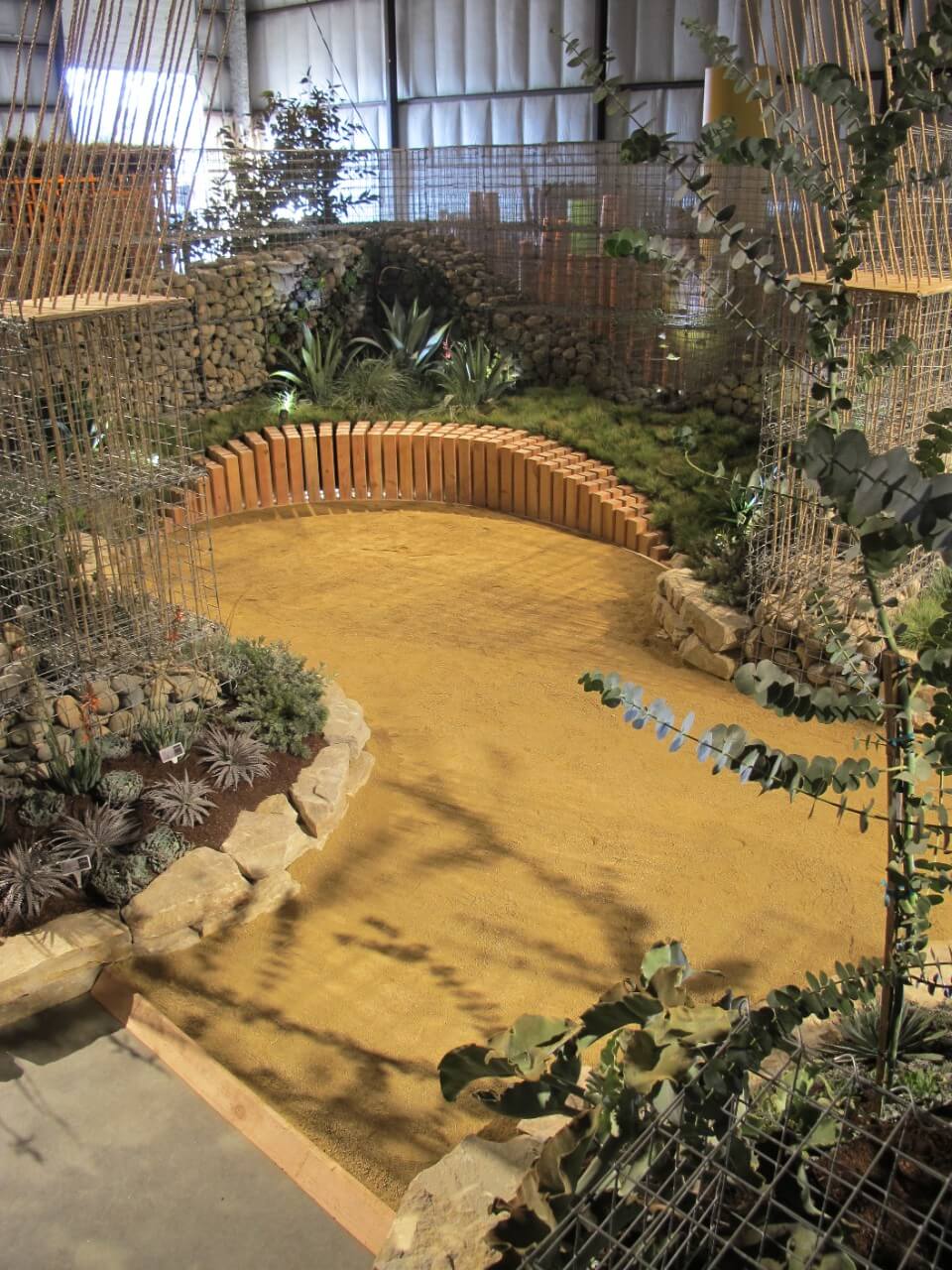 View of garden from above highlighting the bench designed by Arneson and Sohbati. Photo by Yasmine Farazian. 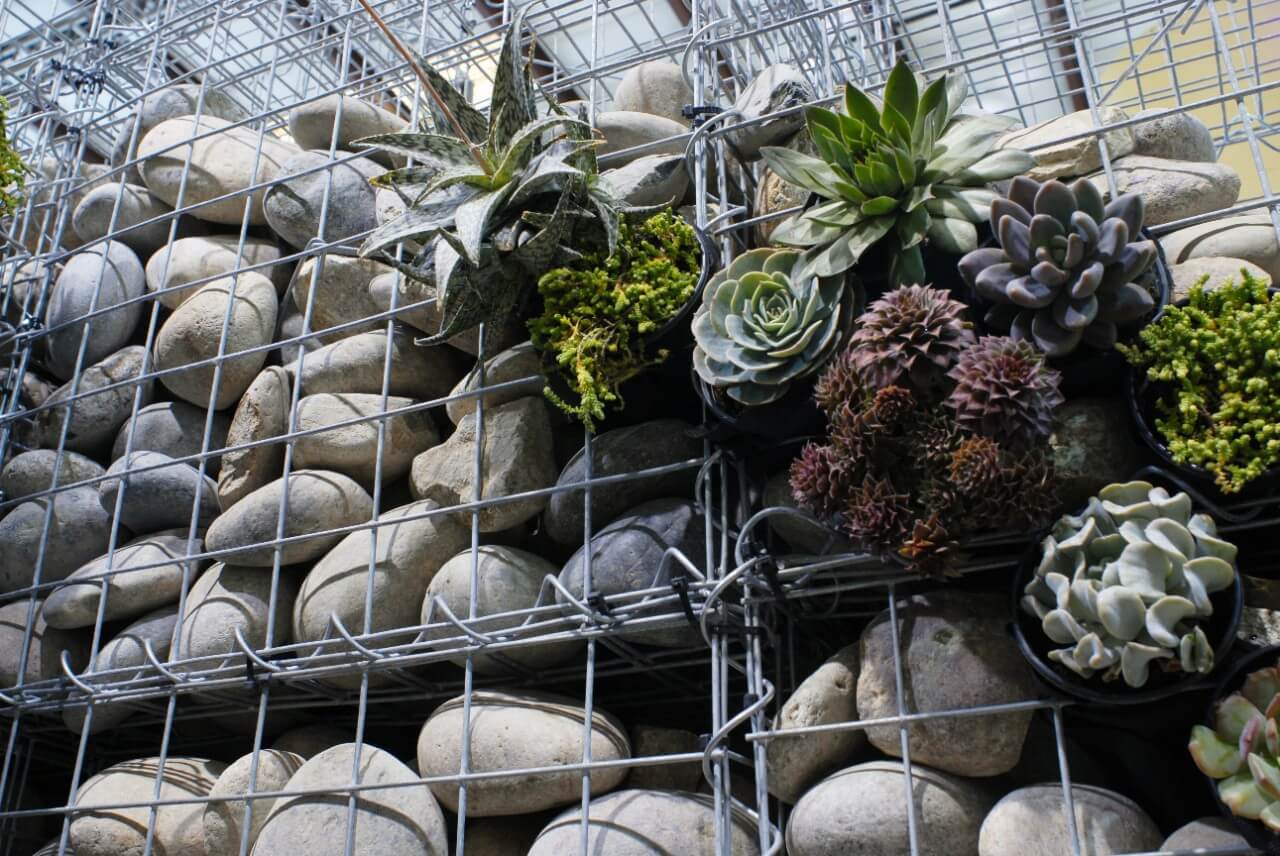 Points of visual interest created throughout the space by combinations of materials and a variety of succulents. Photo by Yasmine Farazian.

Circulation throughout the garden is a sublime experience of contrasting elements resulting in a harmonious serenity.

In addition, the space is designed as a system that responds directly to the current California water crisis. Locally sourced stone and beautiful specimens of drought tolerant plants prove that outdoor spaces can be designed to be resourceful while being enjoyable and beautiful. Plants are identified in the garden not only by common and Latin names but in terms of the amount of water needed to sustain healthy growth over time. Additionally, the creative use of elements such as galvanized metal gabions create the spatial framework and add layers of visual complexity.

Over the course of a five-day build, dedicated students from the ASLA Student Affiliate Chapter of the School of Landscape Architecture volunteered their time to help transform the event center’s large barren shell and concrete floor into a garden oasis that impressed judges and visitors throughout the length of the show. Over 150 gabions, 200 sandbags, 24 tons of river rock, 15 cubic yards of decomposed granite and hundreds of drought tolerant plants were meticulously assembled and placed within the garden space. Despite the intense demands and time constraints of the construction, the forethought given to details and process, as well as the collaborative spirit of all involved ensured that each challenge was met with success.

When asked what one of the most important lessons of designing and building the installation has been, Nahal Sohbati stated, “That constraints can, in fact, be a designer’s best friend and that learning to be flexible to work within these constraints is what makes the design process real.”

The San Francisco Flower & Garden Show has provided a rich and, for many, a life-changing experience for our students over the past four years. The opportunity to actually build a space that they have created confirms the relevance of the design process taught in the studios. Additionally, the lasting friendships and collaborative experiences that evolve during this process are invaluable to their growth as both individuals and professionals.

The School of Landscape Architecture is extremely proud of the immense effort that all students made to create a beautiful and inspiring space that was well designed, extremely well executed and responsive to current regional issues. As Eric Arneson said, “The awards are a testament to the growth and success of the School of Landscape Architecture. In only four years, it has gone from just a brand-new school to being a medal-winning program.” 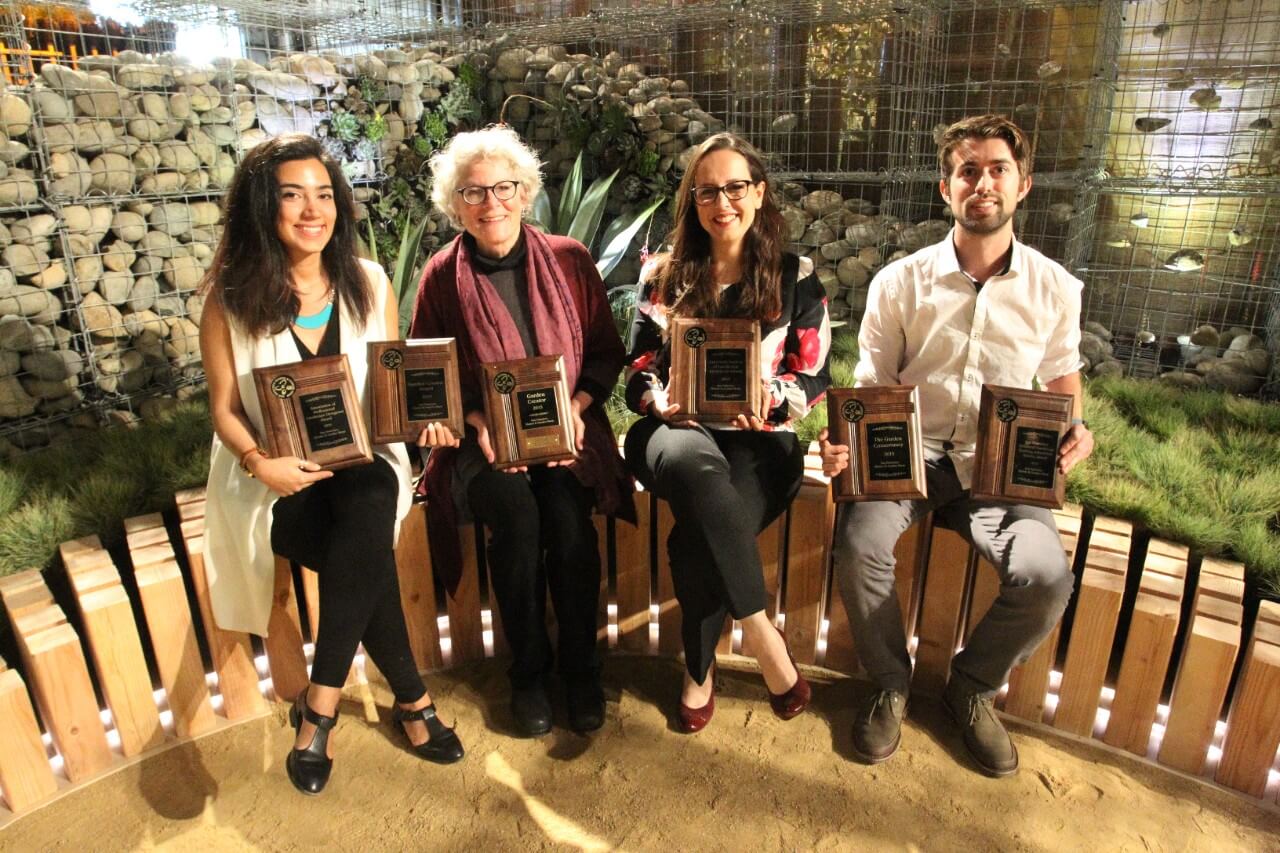 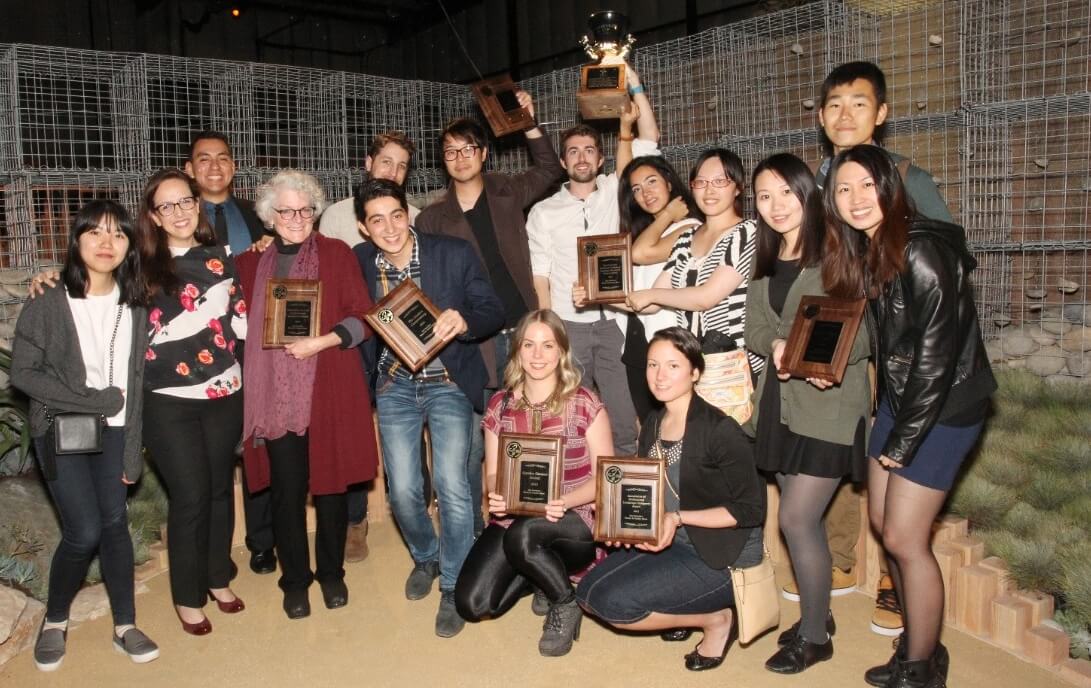 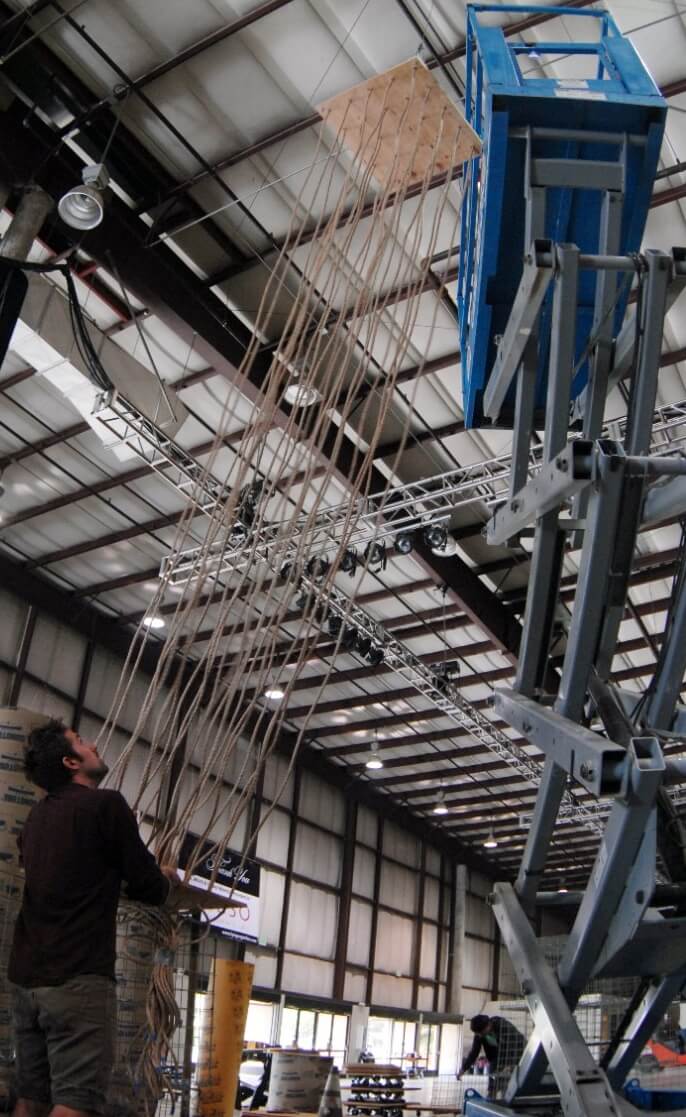 Hanging the student designed and constructed sculptures required a great deal of pre-planning and coordination with show organizers. Photo by Avery Hu. 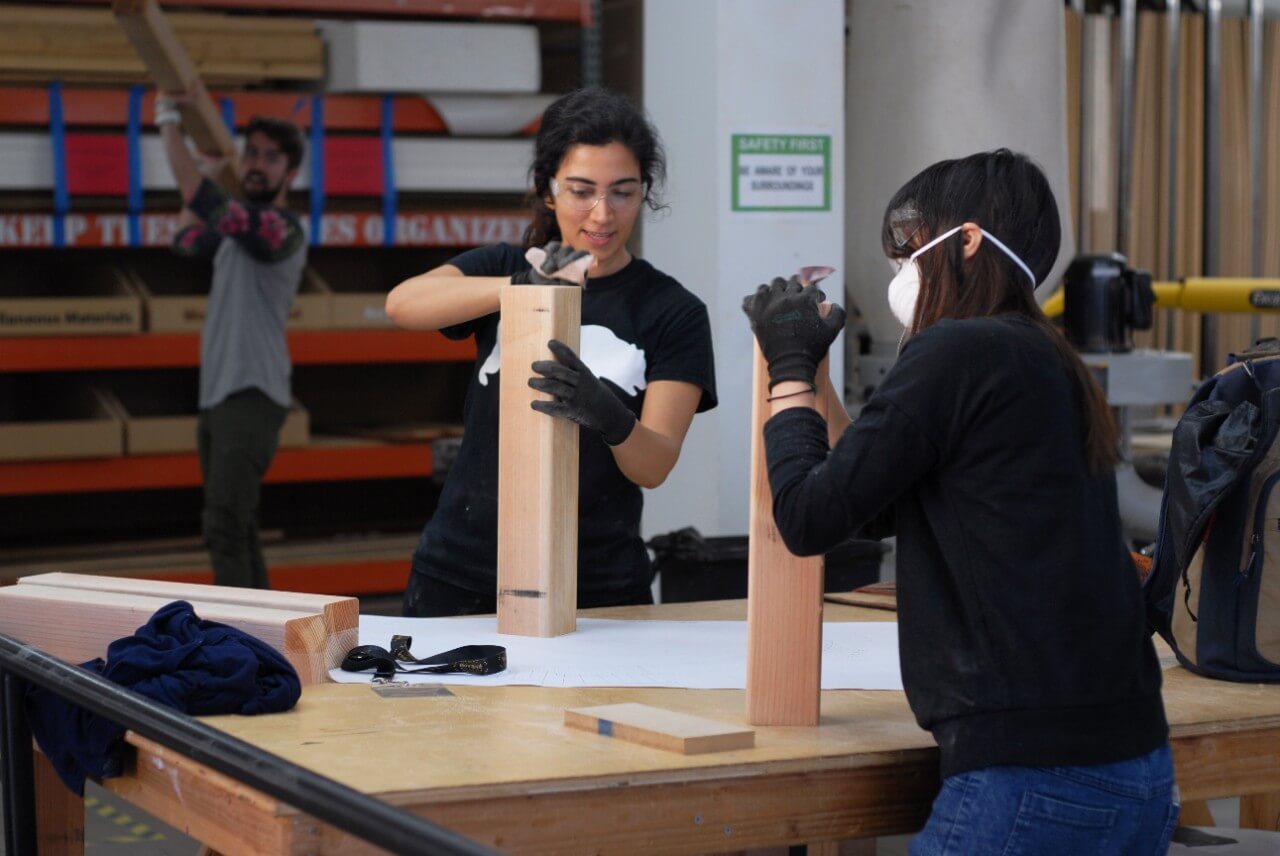 Naha Sohbati (left) and Ashley Wu prep pieces of the bench designed by Sohbati and Arneson. Photo by Avery Hu. 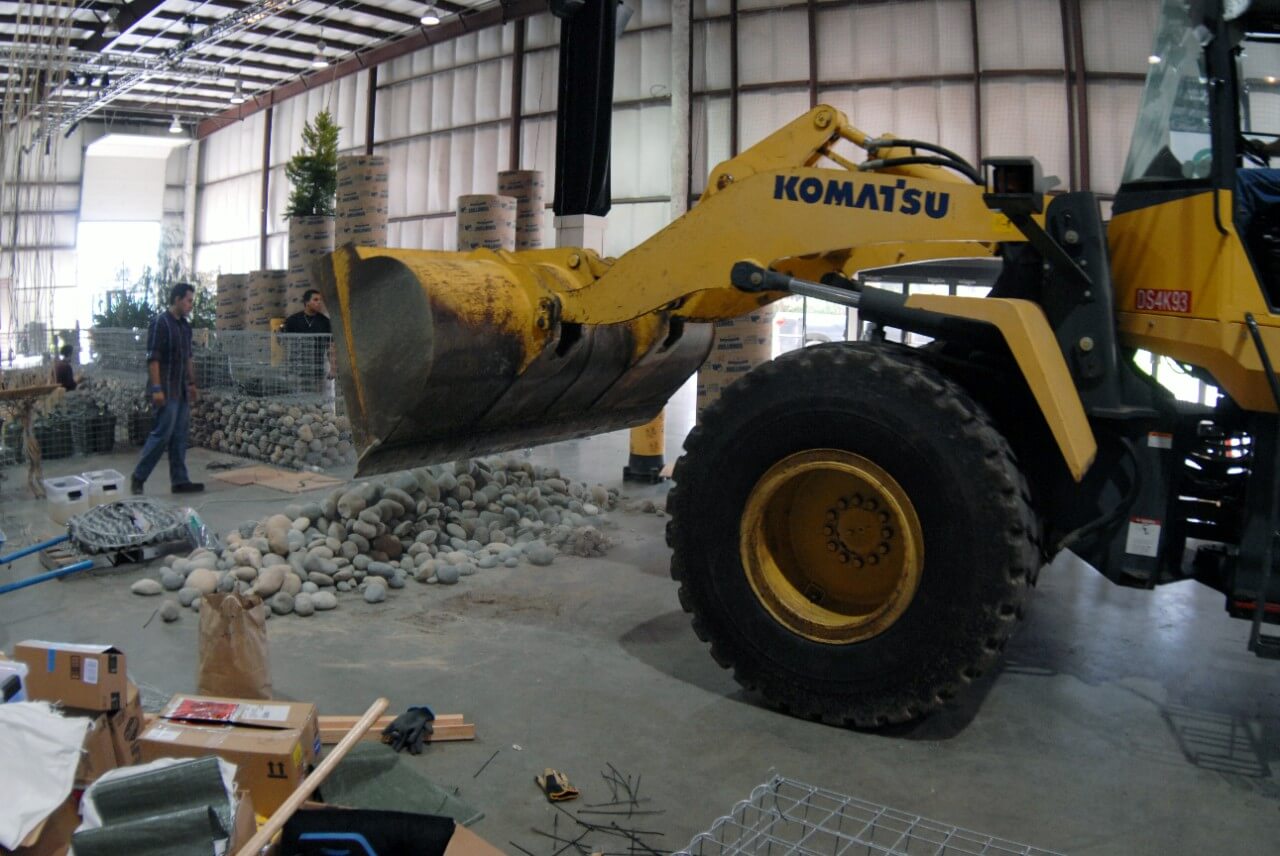 One of the first loads of the 24 tons of river rock is delivered. Photo by Avery Hu. 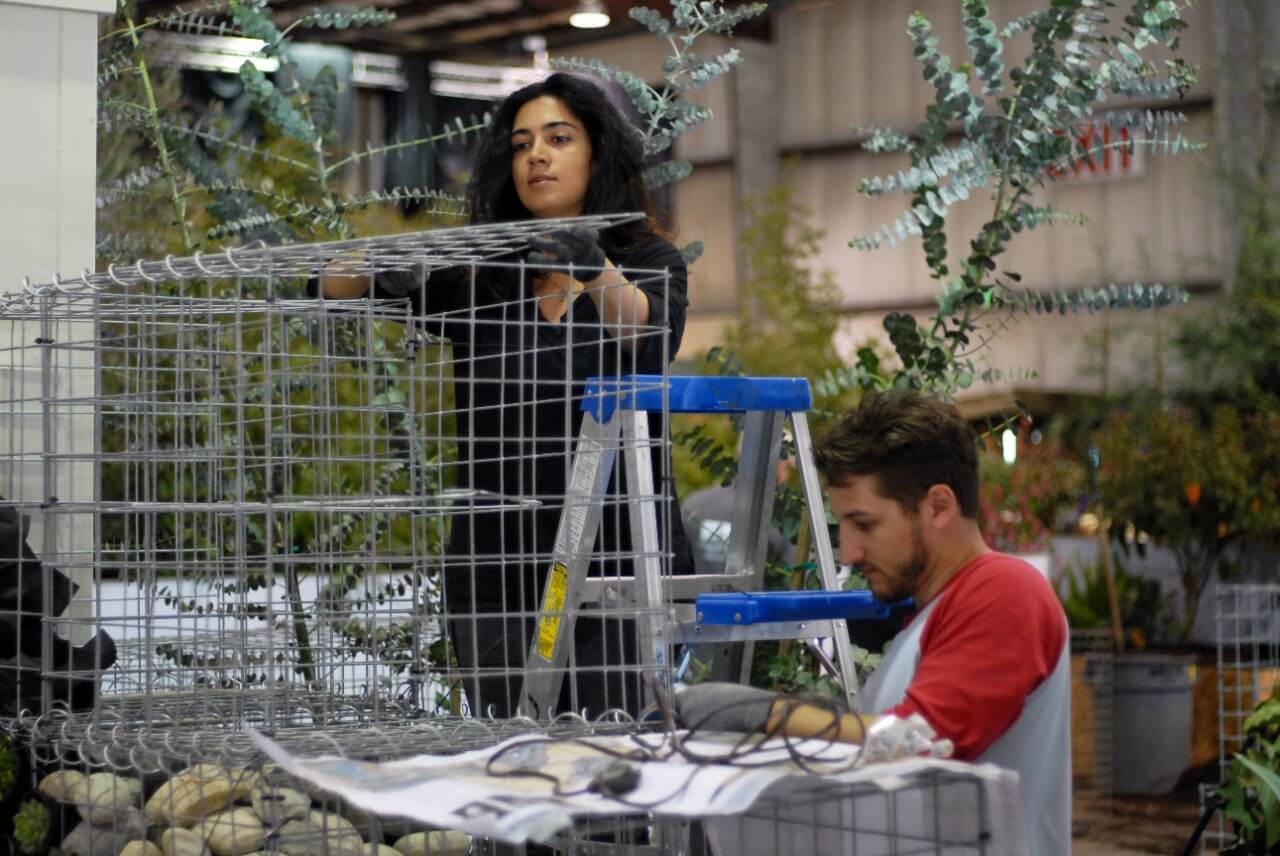 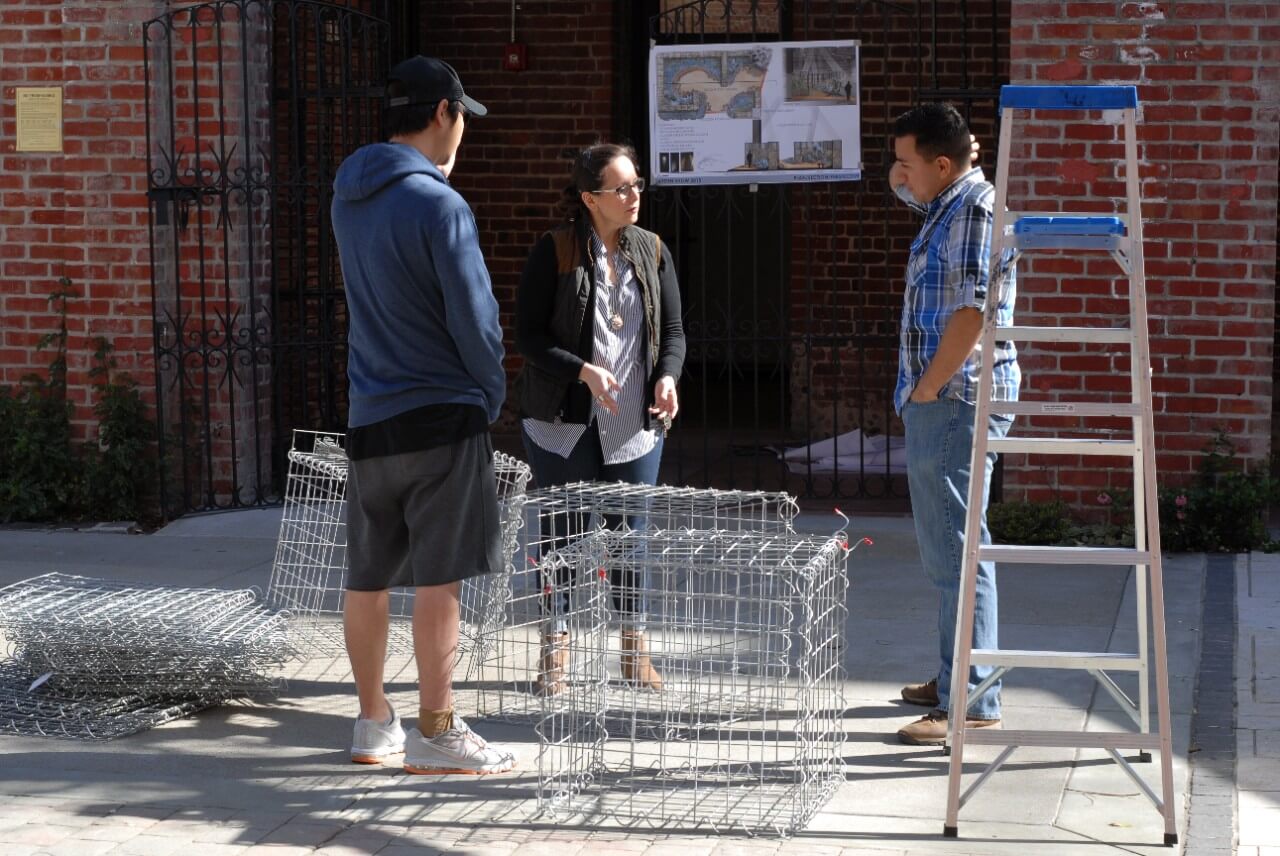 View all posts by: land admin